It's back! The long-awaited new version of the mystic - 5th Edition's psionic class - is here. "The mystic class, a master of psionics, has arrived in its entirety for you to try in your D&D games. Thanks to your playtest feedback on the class’s previous two versions, the class now goes to level 20, has six subclasses, and can choose from many new psionic disciplines and talents. Explore the material here—there’s a lot of it—and let us know what you think in the survey we release in the next installment of Unearthed Arcana." Click the image below for the full 28-page PDF! 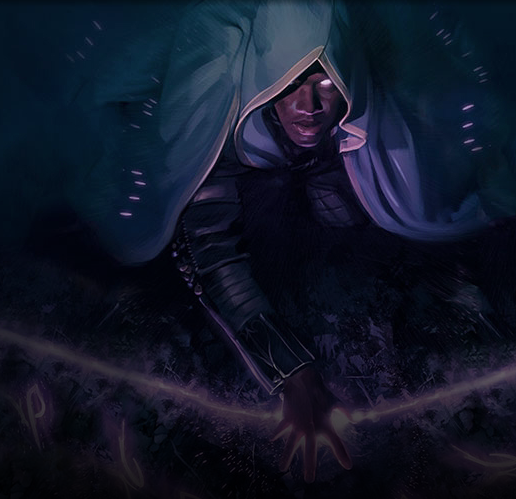 Can't wait to read it!

Good, a full class! Can't wait to look this one over...

What's up with the "spell" progression? It basically ends at level 10.

I've been playing a "v2" Mystic for a while now; one problem is they don't give us enough time to really play-test it in real life.

At first glance, this looks great, but there are a couple of glaring problems that have not been fixed:

1) multi-classing is pure speculation - personally, my PC is multi-classed (with Mystic Theurge; I was originally considering multi-class with Wizard), and with my DM we agreed I could use Spell Points for a combined pool of Psi and Spells. It's not necessarily over-powered, but I'd guess it wont feel right for everyone.

2) the ability to change your Psionic Focus whenever you want is just way too much, and in v3 it looks even worse as the options are more numerous - for a bonus action, which not all PC's will have much need of, you can cherry-pick from all sort of cool stuff that no other class can get, let alone 'at will'. My own PC took Mind Vault and could abuse it to basically be proficient in whatever skill or tool the group needs, all the time, which is silly as it invalidates the point of being in a group where you need a variety of characters to form a rounded whole, not just one PC who can do anything and everything. In version 3, "Nomadic Mind" is an amended version of this power, and it's still got the same problem. At a minimum, you should only be able to change your psionic focus during a short rest - you can still be flexible, but need to plan ahead.

Why does a mystic need a quirk? I always thought that was in the realm of the Wu-jen.

I think I'll replace the monk with the mystic in my upcoming games. I fits better the theme of ''power from the inside'' since its doest require to also become a kung-fu master.

Also: yeahhhh, I've got my Ardent!

Is the Mystic quirks table basically the same table of taboos that Wu Jen got?

I'm having trouble articulating why, but this misses the mark for me.

Its not a direct port of the 2e version which I liked, BUT it hits all the flavor and the main abilities we used, so I'm ALL IN.

I find the lack of Extra Attack for at least one of the combat-oriented orders (Soul Knife and Immortal...the latter being more just tankish than actual martial combatant) seems...off. Sure, if you pick the Celerity discipline, there you go....but making it a "discipline tax" feels off. Sure, other useful stuff attached to Celerity, but geez, even a valor Bard gets extra attack at 6th and they can be just as versatile with their spells.

Plus Surge of Action also feels "off" under Celerity...all the other aspects of that discipline deal with movement, something about getting from here to there. The extra attack doesn't feel like it fits to me, though the Dash option definitely does.

-I like the Wu Jen here, though I'll be renaming it to something else. Wu Jen to me is a strictly arcane spell wielding class (play a LOT of Oriental Adventures 1e-3e, so calling this a Wu Jen would be too odd at our table). Started using Heroes of the Orient from DM's Guild as well, and the Wu Jen in that product is more how we view the Wu Jen. So...nifty and like the psionic wu jen, but renaming it

-Reading more, I'm not digging any of the disciplines that offer extra attacks (just the extra attack if it does more than one thing). Not that I find it a balance issue or anything, it just doesn't feel quite right. I prefer extra attacks being intrinsically linked to a class-granted ability (or subclass). Extra actions or bonus actions perhaps. I dunno...disciplines giving extra attacks just feels wrong.

I'm just not digging the Wujen being a psionic class. I would rather have seen the Wujen be an elementalist.

And again, rather than come up with something interesting for the Powers/Talents/Disciplines, they stay with the fractional accounting nonsense of Psi Points. Yes, it's a staple of the old system, but we can do so much better now. Even theming it like an amplified warlock's incantations set would be better, then using a tiny pool of points (a la Ki) to augment powers & talents.

wow, that is a lot to look through. At a first glance, looks flavorful and different.

EDIT: Also, no Soul knife disciplines? is that normal, or just something they are missing?

Corpsetaker said:
I'm just not digging the Wujen being a psionic class. I would rather have seen the Wujen be an elementalist.
Click to expand...


That threw me off a little bit too. We shall see if it grows on me.

So far it feels like most of the playtest stuff.

A bunch of half baked ideas, mechanics, and flavour text mashed together with little rhyme or reason.

There's just more if it it.

Who thought​ "You know what should be a psion-sorry I mean mystic subclass? The Wu Jen."

I dislike what they did to the Immortal mystic. Going from a heavily armored pseudo paladin with martial weapons to a pseudo barbarian with nothing but simple weapons like every other subclass just feels wrong. Probably gonna have to remake mine as a fighter or paladin 1/immortal 19. Pretty good otherwise though just skimming it. Wu Jen as a mystic subclass feels right.
EDIT: Also, why is there a choice between leather armor and studded leather armor in starting equipment? Is there some edge case I'm not thinking of where anybody would ever pick plain leather over studded?

Lanliss said:
wow, that is a lot to look through. At a first glance, looks flavorful and different.

EDIT: Also, no Soul knife disciplines? is that normal, or just something they are missing?
Click to expand...


I think the fact that the Soulknife got no discipline and no extra attack points that they intend on putting them on the fighter class or the rogue's as a mystic-light archetype. Same thing with the Wu-jen: imagine the Monk with a mystic-light archetype allowing him to use another pool of points to fuel his element bending powers.

They changed Third Eye's focus from being Blindsight to Darkvision, which is weird since Master of Light and Dark's focus is basically Devil's Sight, so it's better. Not sure why they did that, and it messes up my blind mystic...