I guess after you provoke somebody enough, they’ll eventually bite back. The company has begun trademark cancellation procedures against the newest TSR.

TSR3 briefly filed for a court declaration on Dec 7th as to their ownership of the TSR trademarks — with an IndieGoGo campaign to fund it — and then voluntarily dismissed it a couple of days later on Dec 9th.

This filing is dated Dec 6th, the day before TSR3 launched its campaign.

In WotC’s response, they cite fraud as one of the causes of action, alleging that TSR3 misled the trademark office in its original application. 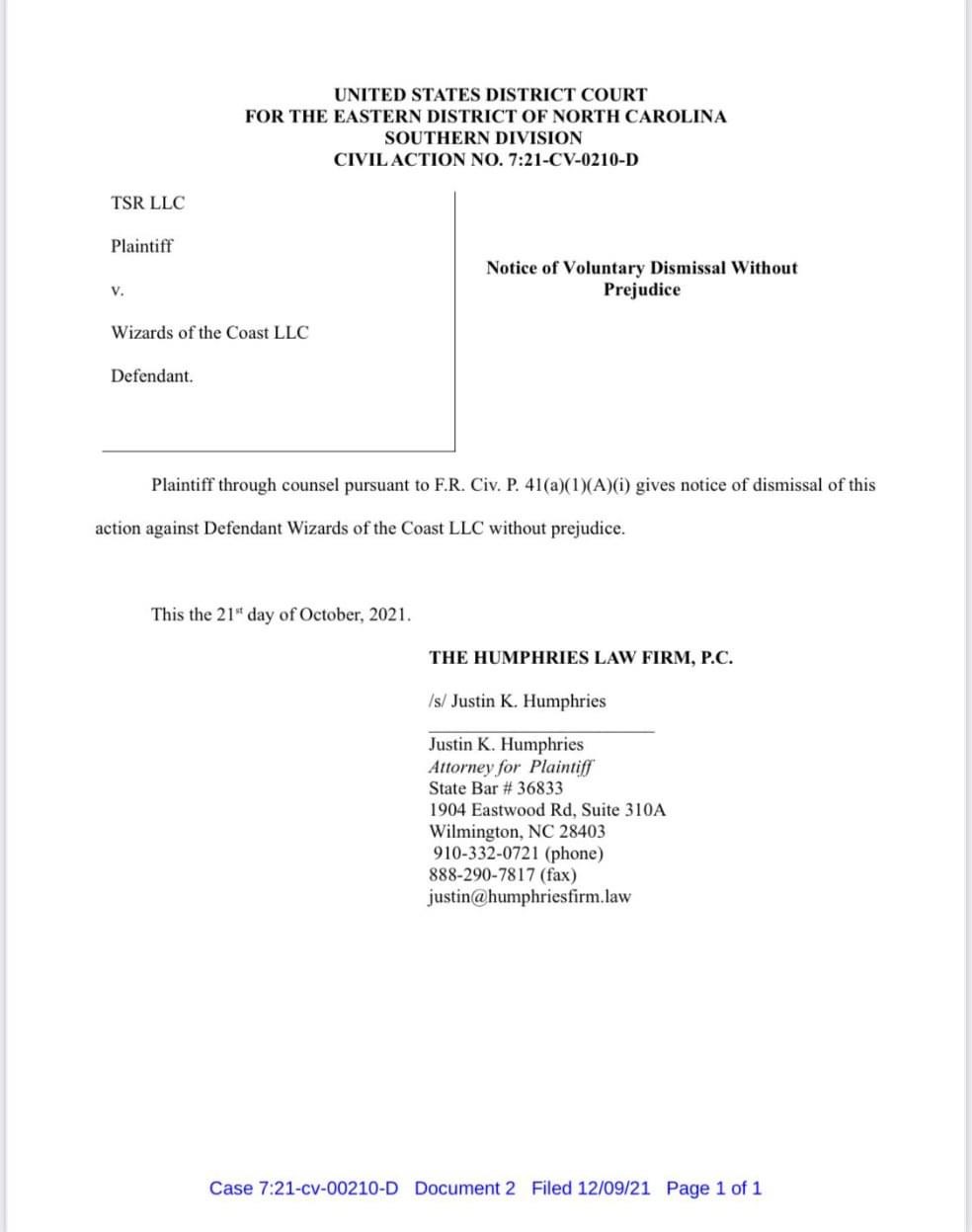 A lawsuit filed by TSR3 against D&D owners Wizards of the Coast a few days ago was voluntarily dismissed. Dismissal without prejudice means that the suit can be filed again. The suit lasted two days from the 7th to the 9th of December. The IndieGoGo fundraiser to fund it is still running... 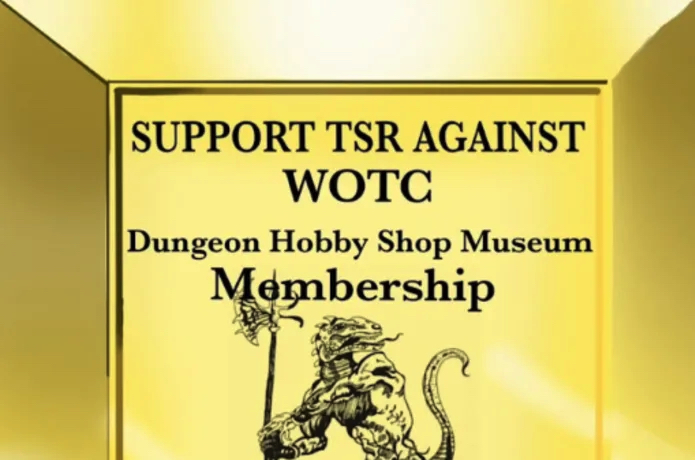 The latest in the TSR3 saga, which has gone quiet for a while, is a new IndieGoGo campaign launched to "stop Wizards of the Coast". They cite wrongful bullying of TSR, and refusal to answer requests that WotC show TSR "proof of their claims" (although the campaign page doesn't mention what those... 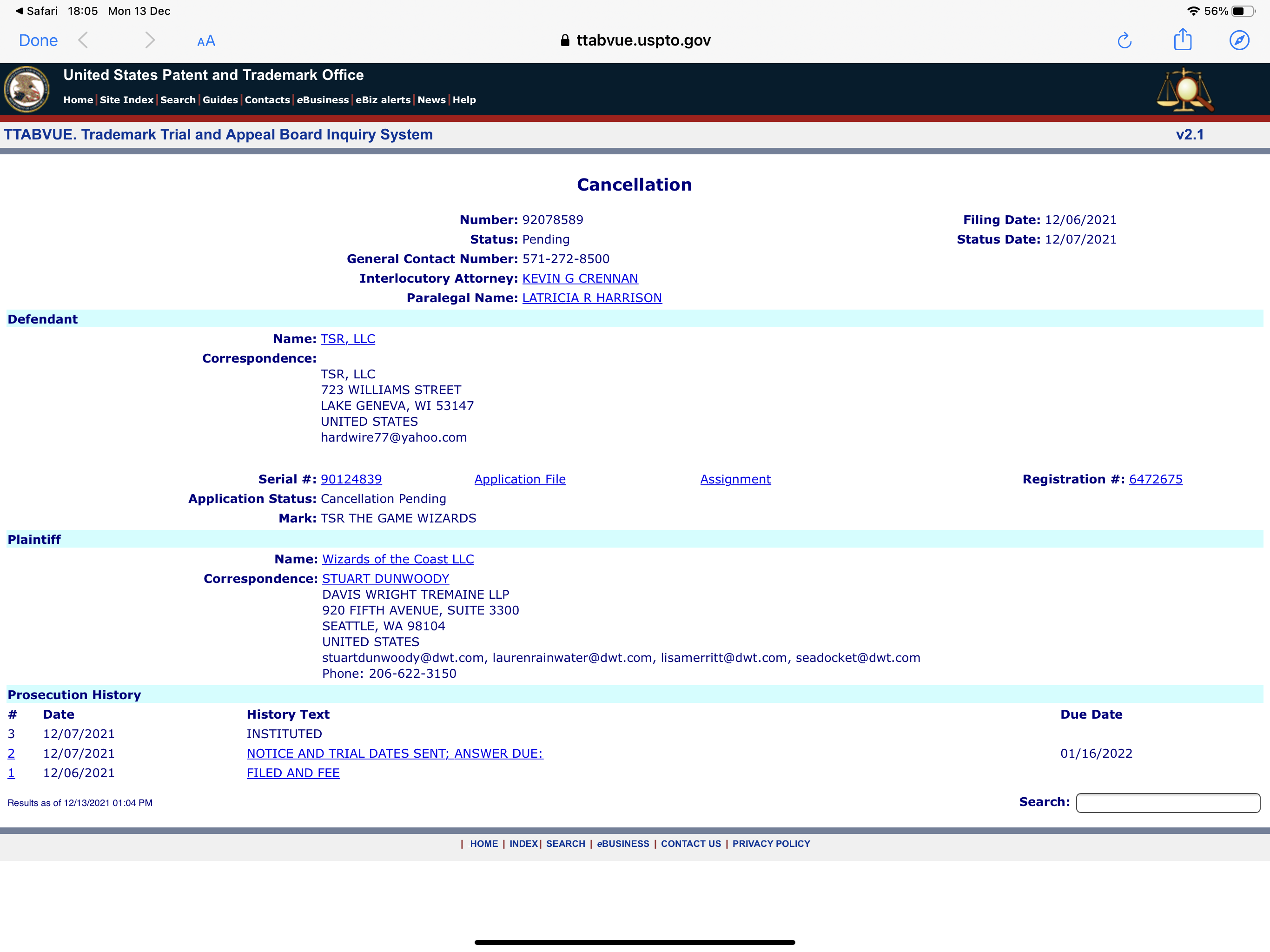 All right, everyone, I miswrote. Exchange middle aged for older, since they're not a bunch of high school or college kids.

Faolyn said:
Honestly, the most creative thing about Manos is that it involved a middle-aged couple and their kid (and dog) on vacation and not a bunch of high school or college students on vacation.
Click to expand...

I also kinda dig the master's 'big red hands' cult outfit. Within the constraint of no-budget films*, that one kinda works for me. That said, overall, you might be right -- the most (potentially accidental) creativity the film has is that it forgoes some of the tropes of the genre.
*If you're looking for no-budget films that approach being watchable unironically, I'd suggest another MST3K favorite - The Final Sacrifice.

Jer said:
Also I don't think she looks middle aged - she looks like she's in her 30s. If that's middle aged I should be allowed to retire at 50...
Click to expand...

Dude, you're totally allowed. Who is stopping you? Mind you, hope you are a financial genius and have save a lot, but there's no rule against doing so.

Faolyn said:
All right, everyone, I miswrote. Exchange middle aged for older, since they're not a bunch of high school or college kids.
Click to expand...

There really needs to be a better term for people past the 18-25 demographic that pop culture suggests you are irrelevant once you age out of, but before the age people consider middle aged (which, back when people married at 19 and died in their 50s, might have been 30, but certainly isn't the case now).

Fifth Element said:
Since "great" and "bad" are entirely subjective, if you think a movie is great, it's a great movie. And that has the advantage of not using terminology that can easily be seen as insulting movies that many people think are great.
Click to expand...

You can't insult non-sentient things like movies or bicycles.

You can't make them feel bad for the insult, but you can totally insult them.

That's why we had Roger Ebert.

Vaalingrade said:
You can't make them feel bad for the insult, but you can totally insult them.

That's why we had Roger Ebert.

Have you made certain they aren't half-liter cans?

Minor update: the judge has set some dates.

Things are moving slowly, but they're moving.

Things are moving slowly, but they're moving.
Click to expand...

Do we know what those things are?

Things are moving slowly, but they're moving.
Click to expand...

Morrus said:
Do we know what those things are?
Click to expand...

The conference deadline is for the Rule 26(f) initial conference. Here's the specifics (under sub 2)-
Conference Content; Parties’ Responsibilities. In conferring, the parties must consider the nature and basis of their claims and defenses and the possibilities for promptly settling or resolving the case; make or arrange for the disclosures required by Rule 26(a)(1); discuss any issues about preserving discoverable information; and develop a proposed discovery plan. The attorneys of record and all unrepresented parties that have appeared in the case are jointly responsible for arranging the conference, for attempting in good faith to agree on the proposed discovery plan, and for submitting to the court within 14 days after the conference a written report outlining the plan. The court may order the parties or attorneys to attend the conference in person.

Initial disclosures is under 26(a). Basically, you're providing lists of people that have discoverable information, describing where the documents are that you will use to support your claims and defenses, and making a computation of damages.

The joint status report is just a report that most courts use to let the court know what the case is about - it's usally a "cheat sheet" with things like, "What's the basis for federal jurisdiction," and "Is there a jury demand," and "Are there pending motions?" and "Give me a proposed case management to make this case go zoom zoom."